There are three main types of distraction:

Other distracting activities include:

20 percent of injury crashes in 2009 involved reports of distracted driving. (NHTSA).
In 2009, 5,474 people were killed in U.S. roadways and an estimated additional 448,000 were injured in motor vehicle crashes that were reported to have involved distracted driving. (FARS and GES)
Drivers who use hand-held devices are four times as likely to get into crashes serious enough to injure themselves. (Source: Insurance Institute for Highway Safety)
Using a cell phone use while driving, whether it’s hand-held or hands-free, delays a driver’s reactions as much as having a blood alcohol concentration at the legal limit of .08 percent. (Source: University of Utah) 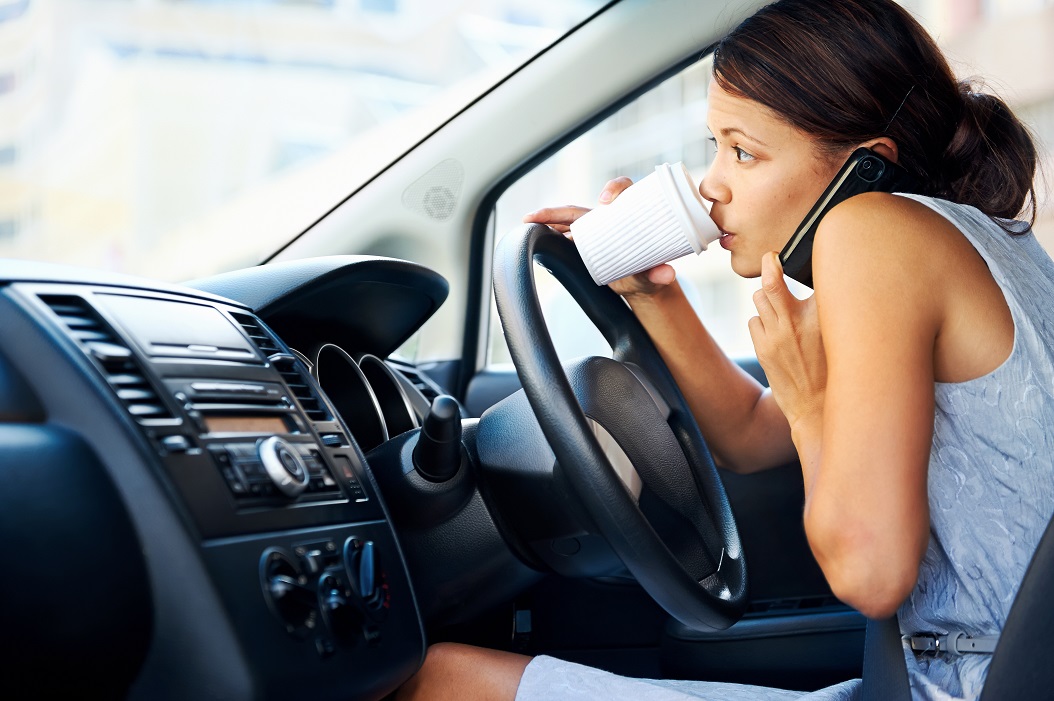 Note: New Jersey defines novice drivers as those under the age of 21 with a GDL or a provisional license

Is talking on a cell phone any worse than having a conversation with someone in the car?

Some research findings show both activities to be equally risky, while others show cell phone use to be more risky. A significant difference between the two is the fact that a passenger can monitor the driving situation along with the driver and pause for, or alert the driver to, potential hazards, whereas a person on the other end of the phone line is unaware of the roadway situation.

Is it safe to use hands-free (headset, speakerphone, or other device) cell phones while driving?

The available research indicates that whether it is a hands-free or hand-held device, the cognitive distraction is significant enough to degrade a driver’s performance. The driver is more likely to miss key visual and audio cues needed to avoid a crash.

Do you want to help put an end to this type of behavior? Here’s your chance!

The U.S. Department of Transportation is leading the effort to put an end to distracted driving. We’re encouraging people like you to get involved in spreading the word. The key message is to stop engaging in other activities, especially using your cell phone and other electronic devices, while driving. Your primary responsibility as a driver is to operate your motor vehicle and to do so safely! Just “Put It Down” and concentrate on the road. Here you’ll find materials that can be used to promote this message by key groups of people, including: community groups, schools, parents, employers, and law enforcement.
Please take a moment to look through these materials, download the files that fit your needs, and help put an end to these senseless driving acts before more people are killed or injured. 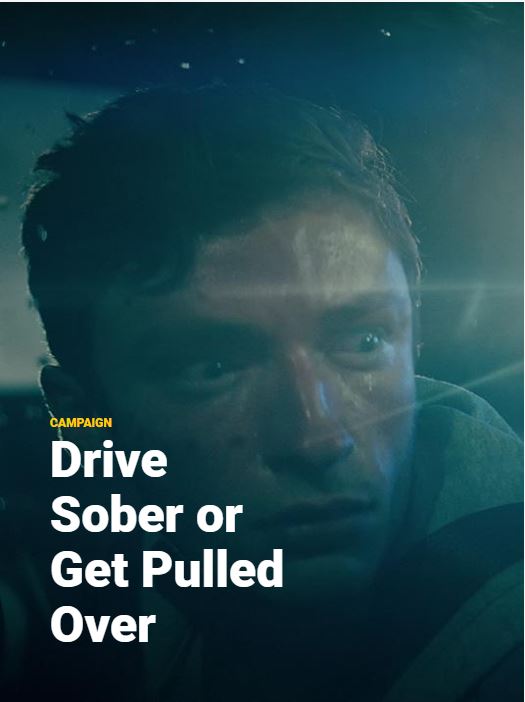 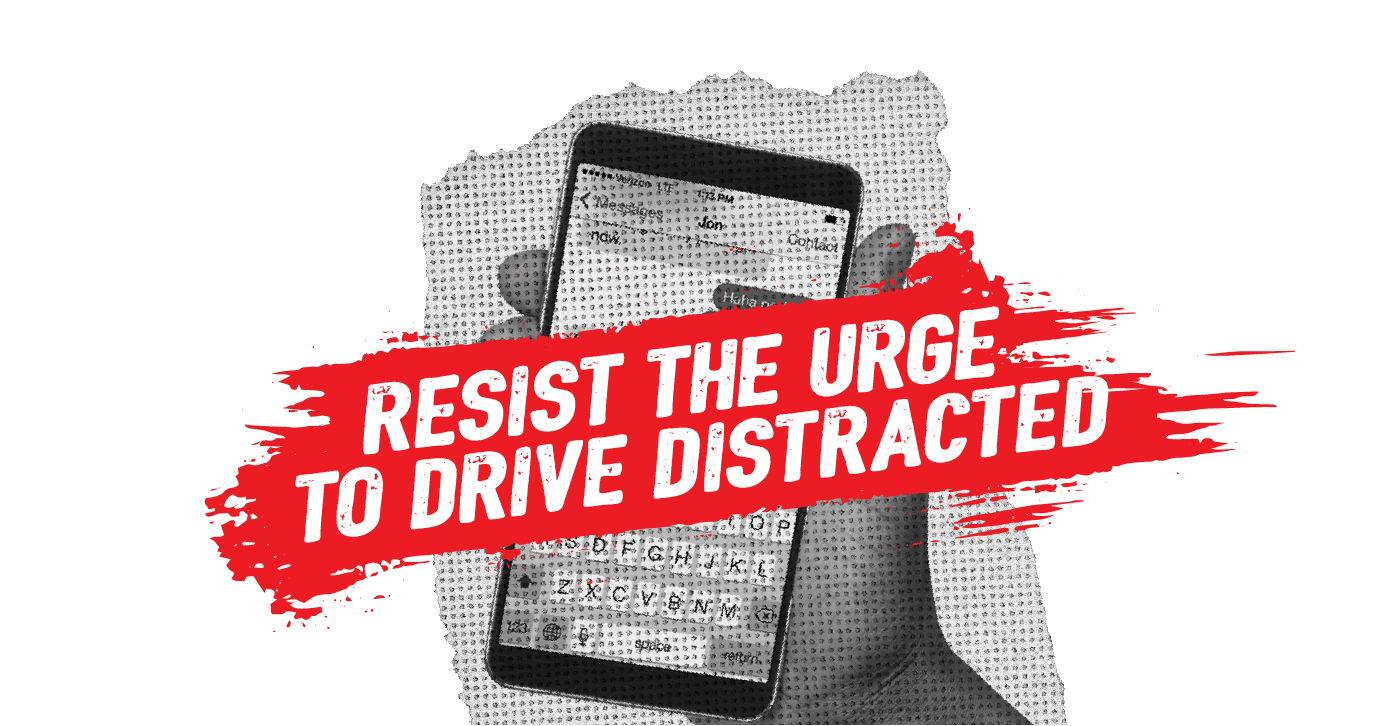 The Resistance has begun. And we need you to be a part of it—because distracted driving is something we have the ability to stop. Take the pledge. Resist the urge to drive distracted. Then, tell everyone you know to do the same. You’ll prevent crashes and save lives. Now is the time—join the Resistance. 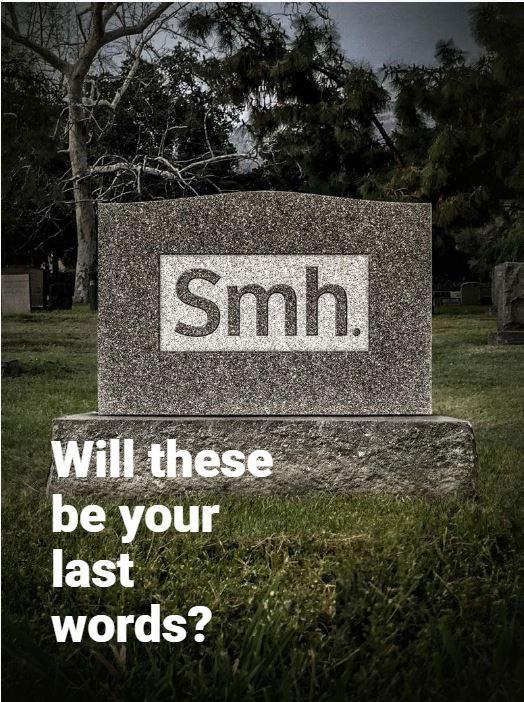 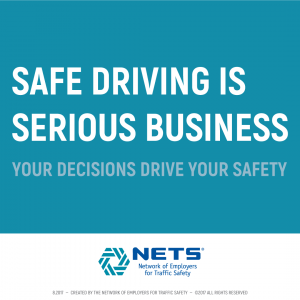 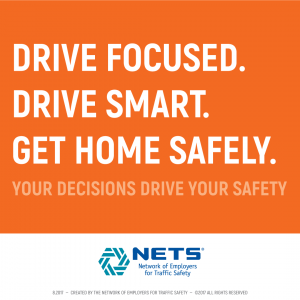